Whether you’re giving a gift or just want something tailor made for you, a monogram is an easy way to make anything and everything extra special. The Company Store can help you create that special gift or add a custom touch to your home. With multiple styles, fonts, and thread colors to choose from, it’s easy to create a one-of-a-kind item for gifting or your personal use. If an item can be personalized, you’ll see “Personalize This Item” with a check box next to it. This guide will help you create the perfect personalized style.

What’s Inside Our Guide

What's Inside
Our Guide 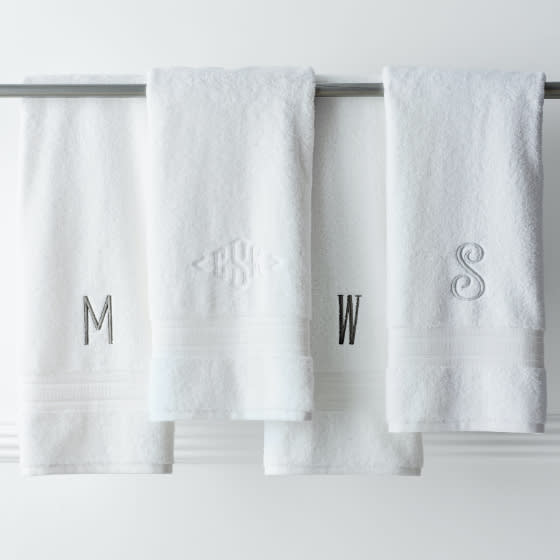 4 Styles to Choose From

24 Colors to Choose From 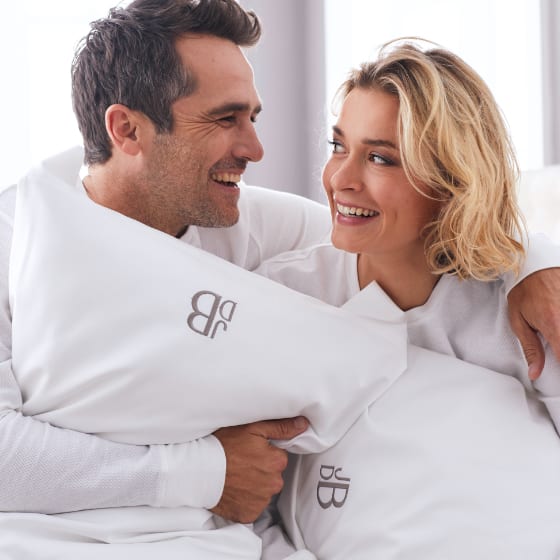 15 Fonts to Choose From 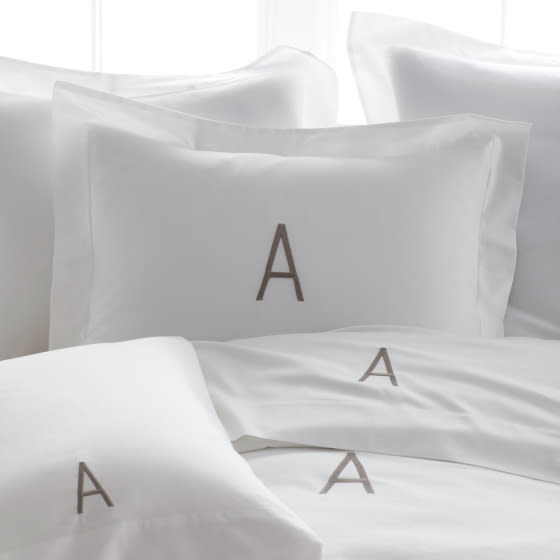 The price to personalize an item at The Company Store ranges from $6-$12 depending on the personalization and the item selected. Prices are calculated at checkout.

We want to get it just right, so please allow an additional 10-12 business days for your order to be personalized. You are welcome to select expedited shipping, but this will not increase the speed of the personalization. If there are multiple items in your order, they will ship together when the personalization is complete.

These items are custom-made and cannot be returned.

Add a personalized touch by including a monogram on birthday, holiday, or wedding gifts. Whether including monograms in decor, as an accent to clothing, or on accessories, the general rule is to keep it simple. Too much of a good thing can take away from the understated elegance of a monogram.


Personalized items from The Company Store are identified with ‘personalize this item’ above the Add to Bag button. Check the box, choose your options, and confirm your selections to create custom bedding, towels, and more.

Monogram order can be confusing since the letters can appear to be out of order. The type of monogram you choose will determine what order you should use. The Company Store offers four monogramming styles: 1 initial, 2 initial, 3 initials, and full name or word (up to 11 letters). The font you select will determine the order the initials appear. You can preview your monogram before you confirm it.

While monograms are rooted in tradition, the rules for creating one have become more flexible over the years. These guidelines can help you out, but remember they are guidelines, not steadfast rules—the beauty of the modern monogram is that it reflects your personal style.

To help you in creating both individual and couple’s monograms, let’s use the fictional couple of Lily Elaine Brody and James Charles Smith. FYI, the couple’s guidelines apply for same-sex couples as well—but which person’s initials come first is a matter of preference.

One-Letter Monogram Rules
When monogramming a single letter onto a gift, you would most likely use the first letter for their first or last name. It’s most common to use the surname, regardless of whether the person is married or not, however using the first letter of the first name is becoming popular so consider the person you are gifting when deciding which initial to use.

Three-Letter Monogram Rules
Things get a little more complicated when you choose a three-letter monogram, especially when considering monograms for married couples. Traditionally, the first letters of the first, last and middle name are used in that order. For couples who share a surname, the last name remains in the middle with the initials of their first names on the left and right sides.

The placement depends on the product that is being personalized.

Generally, three-letter monograms may display all letters in the same size (a style called a ‘block monogram’) or with the center letter larger than the initials on either side (a ‘three-initial monogram).

When displayed in a block style, the initials are read left-to-right in the order of the name. Block style is common for men’s monograms and is only for personal use. It isn’t used as a couple’s monogram.

A three-initial monogram includes a larger middle letter and is traditionally preferred for women. In this style, the initials represent First Last Middle. A woman’s married monogram may include her maiden name rather than her middle initial (even if she didn’t change her middle name when she wed), appearing as First Last Maiden.

Monograms for kids follow the same order as adults—first, last, and middle initial with the last name initial being larger than the other two. However, if you choose to have the font size of the initials be the same, the order would be first, middle, and last initial.

Following the guidelines above, let’s look at Lily and James.

For a block-style personal monogram, Lily Elaine Brody would become LEB, while James Charles Smith would be JCS.

A couple’s monogram often places the wife’s first initial to the left, followed by the last initial, then the husband’s first initial. If Lily takes James’ last name, James Charles & Lily Elaine Smith could be presented in this style as LSJ.

To create a monogram for a two-part last name like von Bergen or O’Brien, use the first letter of the last name. Caylee Anne O’Brien is COA, while William Theo von Bergen’s monogram is WTV or WVT.

A monogram is a design used to display the initials of a person or a couple—usually a first, middle, and last name. The letters are often intertwined or in a script font, but blocky or bold letters are becoming more common. Monograms make recognizable logos for some well-known fashion brands, while personal monograms can add a decorative touch or declare ownership. Traditional monogrammed gifts include stationery, cufflinks, towels, or bedding, but monograms are becoming increasingly popular, popping up on everything from phone cases to coffee mugs.

Originally, the monogram was a symbol made with overlapping letters in a scrolling font. As early as 350BCE, coins in Greece were stamped with the originating city’s first two letters to denote where the coins were produced. Later, artists and artisans used monogram-style initials to sign their work. European royalty adopted monograms known as ‘royal cyphers,’ often with overlapping or intertwined letters. Modern versions are presented with or without the interconnected letters.

Traditional monogram etiquette dictates that the woman’s name is represented first in the couple’s monogram, followed by the shared surname, then the man’s name. While this is the typical way, it is not the only way—and it won’t work for all couples. However, some typical guidelines are still recommended.

A couple’s monogram is reserved for use after the wedding, not before. If you’d like to include your new monogram on your wedding day, skip putting it on programs or invitations, but reception stationery such as the menu or favor tags are fair game.

A woman’s maiden initials can still be used on personalized items, even after marriage—but a monogram with the married name is more common.

Consider nicknames when adding a monogram to a gift: Perhaps William goes by Bill or Liam, or James Charles prefers to use his middle name. Traditionally, the legal name is used in a monogram, but you can ask the recipient’s preference.

Generally, monograms follow the ‘First Last Middle’ order for young children, but it is common to switch to a block-style ‘First Middle Last’ monogram for boys.

Monograms can be as traditional or as contemporary as you wish. While the first monograms used elaborate script and intertwined letters, modern versions include lettering in bold or more whimsical styles.

At The Company Store, we can customize luxurious robes, bedding, towels, or other items—choose from four styles and an array of fonts and thread colors to create your monogram.

How to Choose the Right Sheets

Choosing the Pillow that's Right for You